BECOME A SPONSOR:
Over the past few years, Bears' Lair has provided opportunities for local entrepreneurs wanting to take their businesses to the next level. The competition has supported the hard work of Peterborough's economic and business development organizations and their impact on the well-being and growth of our start-up community.
Consider being a sponsor of the 2019 Bears' Lair Entrepreneurial Competition. Your kind contributions will make a big difference in assisting entrepreneurs and will help us boost the entrepreneurial focus in Peterborough and the Kawarthas.

Bears' Lair is an annual competition for up-and-coming entrepreneurs in Peterborough & the Kawarthas. Six finalists are selected to pitch their business to a panel of judges and the local community for a chance to win BIG cash prizes!

The Goods and Services stream is for any businesses that are creating and selling products or delivering a type of service. The business could be locally or globally focused, and could include retail, manufacturing, professional or personal services.
LEARN MORE

The Innovation stream is for businesses that have a focus on technology, innovation and ideas, such as a new program or process. There is potential to scale very rapidly and commercialize intellectual property.
LEARN MORE

In order to compete in the 2019 Bears' Lair Competition entrants must be a registered business. You must be able to undertake the proposed work within the next 12 months and have annual sales of less than $200,000.
LEARN MORE

OUR 2019 JUDGES
We are excited to announce three amazing business experts as judges of our 2019 competition! 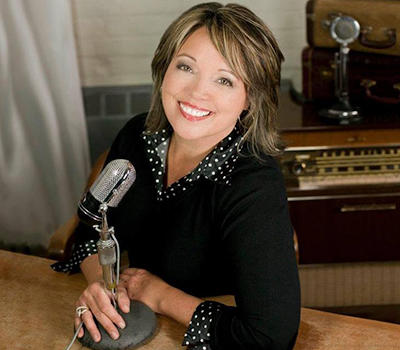 Kruze is well known for the fourteen years she spent at TSN – The Sports Network where she pioneered and broke new ground for future female sportscasters. Joining TSN in 1986, she covered numerous high-profile sporting events like the Olympics, World Series, Stanley Cup Finals and World Championships.

Over the years, she has produced and hosted several talk shows including a lifestyle series for the Biography Channel called, “Changing Lives” and a health and wellness show for YesTV. Her most recent documentary detailed the life of her late brother-in-law for CityTV and OMNI called, “Voice of Courage – The Martin Arnold Kruze Story”. The critically acclaimed documentary has been honoured as a historical and educational resource in the area of child abuse and awareness.

In 2013, Kruze wrote a book on entrepreneurship featuring thirty of Canada’s top entrepreneurs. “The In-Credibility Factor” became a number one best-seller on Amazon.com, a position it held for three straight days. For the last several years Kruze has traveled across Canada speaking about Entrepreneurship to various business groups and organizations.

For over twenty years, Kruze has volunteered with, Abuse Hurts (formerly the Canadian Centre for Abuse Awareness) and is currently working on legislative and policy reform to help new mothers in crisis. 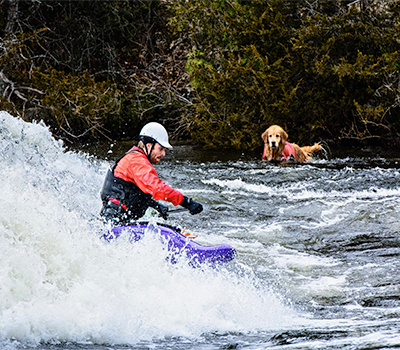 Spring run-off.  As a whitewater kayaker, it’s a sacred time of year that finds Reble with a kayak (C-1) on his car and a mission to find the biggest, fluffiest waves the ice speckled rivers can dish.  But over the years Reble started to notice more than just ice popping up in the run off - he started to notice plastic... tons of it. While he had dabbled with start-ups, somehow the idea of linking entrepreneurship to a truly meaningful mission - ridding the world of single use plastics - clicked and since launching in 2017, eteehas eliminated more than 100 million pieces of plastic.  Now Reble is looking to the day when his wife Mandy and sons Joe and Huck will be able to go kayaking without drowning in plastic.  There’s something to be said for passion, isn’t there? 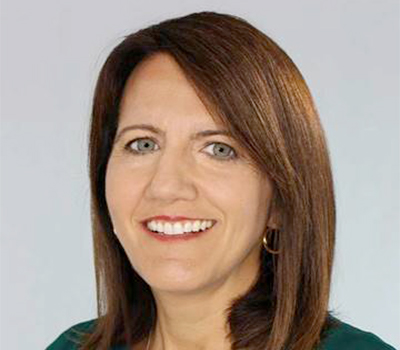 Brenda has over 15 years’ experience in venture capital at the co-investment, fund of funds, and fund level investing. She has represented OCGC’s interests in over 25 venture capital investments.

Brenda has held senior roles in corporate development, finance, and strategic investing with Bell Canada, EY, the Business Development Bank of Canada, and a software start-up.

Brenda is Co-Chair of Canadian Women in Private Equity (CWPE); serves with the Institutional Limited Partners Association (ILPA) as a member of the Research and Benchmarking Committee; and served three terms on the Board of Women in Capital Markets, serving as Chair of the Governance Committee.

Brenda holds an MBA in finance, has completed the Institute of Corporate Directors SME Board Effectiveness Program, and has received leadership training from the Ivey School of Business.

Are you an entrepreneur with a great business idea? Learn more about the Bears' Lair competition, the rules and eligibility and how to apply.

The FIRST thing you must do is post a photograph or video that represents your business to the Bears' Lair Facebook page indicating your entry.

After posting a photo or video to Facebook, you have until February 26th to submit your application with a completed business plan that outlines next steps for your business.

Submit an application
March 26 THE VENUE

All semi-finalists will have the opportunity to showcase their business to the Bears' Lair local judges and community. Anyone can attend. Local judges will select 6 Finalists to move on to the final event.

The six finalists give their final pitch to our judges to win the top prizes. Anyone can attend.

Thank you to our Presenting Sponsors! These amazing organizations make Bears' Lair possible!

OUR EVENT LOCATION: THE VENUE

“Being a winner on Bear’s Lair was definitely a high point for all of us at Entomo Farms. The guidance, advice and inspiration we received from all the ‘Bears’ was fantastic, and helped to keep us focused and on track. It was incredible to be recognized as innovators, and our win from Bear’s Lair really helped to give us the confidence and determination to keep going. Thank you so much for all the help! ”

“The Bears’ Lair experience was a tremendous kickstart to my business. Perhaps more importantly it was a unique opportunity for personal development - sometimes nerve wracking but hugely rewarding. Attending the seminars and learning from experts in different fields really helped me hone a loose concept into a viable retail business. ”

Follow
Our winner in the Goods & Services Stream is Electric Juice Factory! https://t.co/yyAwkkxkoi
14

Follow
The winner of the People’s Choice Award is... #EmilyMaesCookies! https://t.co/d5Coi3sI2U
4